Hazel Henderson, who died in May of this year at the age of eighty-nine, was an influential colleague and close friend of mine for over forty years, during which she decisively shaped my thinking about the intersections of economics, ecology, systems thinking, and feminism.

An independent futurist, environmentalist, and economic iconoclast, she argued that the conceptual framework underlying the discipline of economics has become so narrow that it has driven economists into an impasse. Most economic concepts and models are no longer adequate to understand economic phenomena in a fundamentally interdependent world, and current economic policies can no longer solve our economic problems.

In nine books, numerous essays, and countless editorials, Hazel drove home this point for over four decades with an intensity, brilliance, and originality that are still unmatched today. She challenged the world’s foremost economists, politicians, and corporate leaders with her well-founded critique of their fundamental concepts and values. Because of her special talent for presenting her radical ideas in a disarming, nonthreatening manner her voice was heard and respected in government and corporate circles; she held an impressive number of advisory positions and cofounded and directed numerous organizations, in which her new ways of thinking have been elaborated and applied.

I am very happy to announce the publication of the Screenplay of Mindwalk, the film based on my book The Turning Point, created and directed by my brother Bernt Capra. In addition to the Screenplay (co-written by Floyd Byars and myself), the book contains Director’s Notes by Bernt and a Scientific Commentary in which I explore the film’s scientific ideas in some depth.

We are publishing this book to celebrate the 30th anniversary of the film’s premiere at the Sundance Film festival. Since its release in 1991, Mindwalk has become a cult classic, shown not only in theaters but in countless college courses and business seminars.

Map of Colleagues and Mentors

When I was reviewing my career in preparation for the forthcoming collection of my essays from five decades (see previous blog post), I felt tremendous gratitude to many colleagues and mentors who have influenced and inspired me during various phases of my professional life. To acknowledge my debt to them I decided to document their names in a systemic way.

In the interactive PDF I have arranged their names and portraits in a network corresponding to the conceptual network of my synthesis of the Systems View of Life. Hovering the cursor over their portraits will open up biographical information about them, including my relationship with them, in the side bar. (Please note that this interactive feature requires opening the PDF with Adobe Reader or Acrobat.)

Over the years I have been influenced and inspired by many more colleagues than I was able to include in this map. To all I owe deep gratitude.

I am delighted to announce that a collection of my essays, Patterns of Connection, will be published by University of New Mexico Press in October 2021. The essays in this book reflect the evolution of my thinking during the last five decades. Many contain materials that never made it into any of my books, and quite a few have never even appeared in print.

These essays combine and interrelate the two sides of my professional life as a scientist and science writer, on the one hand, and as an environmental educator and activist on the other. Hence, they reflect not only the trajectory of my career but also the history of several movements for social change — from the counterculture of the 1960s to the New Age movement of the 1970s, the emergence of Green politics in the 1980s, and the rise of the global civil society from the 1990s to the present.

PANDEMICS — LESSONS LOOKING BACK FROM 2050

Imagine, it is the year 2050 and we are looking back to the origin and evolution of the coronavirus pandemic over the last three decades. Extrapolating from recent events, we offer the following scenario for such a view from the future.

As we move into the second half of our twenty-first century, we can finally make sense of the origin and impact of the coronavirus that struck the world in 2020 from an evolutionary systemic perspective. Today, in 2050, looking back on the past 40 turbulent years on our home planet, it seems obvious that the Earth had taken charge of teaching our human family. Our planet taught us the primacy of understanding of our situation in terms of whole systems, identified by some far-sighted thinkers as far back as the mid-nineteenth century.  This widening human awareness revealed how the planet actually functions, its living biosphere systemically powered by the daily flow of photons from our mother star, the Sun.

A Unique Exhibition in Florence

For scholars and admirers of Leonardo da Vinci, 2019 has been a special year. It marks the 500-year anniversary of his death. Consequently, there have been several major Leonardo exhibitions in Europe: in Florence, Milan, Paris, London, and other places. I have had the great honor to act as scientific curator of a unique exhibition about Leonardo’s botany in Florence (together with Stefano Mancuso, professor of plant neurobiology at the University of Florence), which opened on September 13 and will run until December 15 (https://www.labotanicadileonardo.it/). The exhibition is promoted by the Municipality of Florence and is sponsored by Aboca, a company producing plant-based health products (and who are also my Italian publishers).

Geoffrey Chew, who died last April at the age of ninety-four, was one of the deepest and most radical thinkers of twentieth-century physics. His bootstrap theory, technically known as S-Matrix theory, is based on the idea that nature cannot be reduced to fundamental entities, like fundamental constituents of matter, but has to be understood entirely through self-consistency. According to Chew, all of physics has to follow uniquely from the requirement that its components be consistent with one another and with themselves.[1]

This idea constitutes a radical departure from the traditional spirit of basic research in physics, which has always concentrated on finding the fundamental constituents of matter. At the same time, it can be seen as the culmination of the conception of particles as interconnections in an inseparable web of relationships, which arose in quantum theory and acquired an intrinsically dynamic nature in relativity theory. 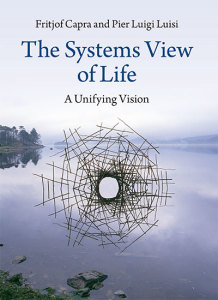 I am delighted to announce that Spanish and Russian editions of The Systems View of Life, coauthored with Pier Luigi Luisi and published originally by Cambridge University Press, will soon be available. I am very grateful to Cruz Prado for initiating contacts with the Universidad Tecnica Nacional in Costa Rica, and to Anna Siderova for contacting Editorial URSS in Moscow on my behalf.

Our textbook will be available in the following editions:

As the Spring 2018 Capra Course on The Systems View of Life (www.capracourse.net) is about to start, I am happy to report that this (for me) new way of teaching online has been thoroughly enjoyable and inspiring. In each of the past four courses we had around 150 participants from over 50 countries around the world — a global community of systemic thinkers and activists. The discussions in our online Forum have been lively and substantial, and we have had enthusiastic testimonials from many participants.

We now have an alumni network of around 500 Capra Course participants, in which animated conversations take place, groups and projects are formed, and some alumni post short video lectures about their work. We have also had face-to-face alumni meetings in Berkeley, Santa Cruz, Paris, Buenos Aires, Santiago de Chile, and in various other places. 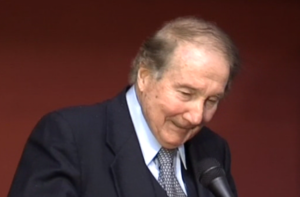