Zen in the Art of Environmental Activism 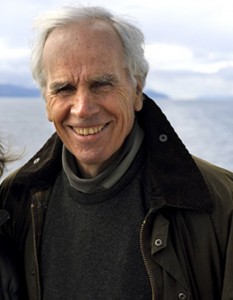 Douglas Tompkins, former ski racer, world-class kayaker and mountain climber, visionary business leader, environmental philosopher and activist, conservationist and philanthropist, died tragically in a kayaking accident in southern Chile on December 8. I received the sad news while listening to the song “Imagine” and remembering John Lennon, who died on the same day 35 years earlier. It occurred to me that there is a deep connection between the philosophy of Lennon’s iconic song and Doug’s philosophy of life.

I met Doug Tompkins in the late 1980s, when he became a major supporter of the Elmwood Institute, the ecological “think-and-do tank” I had founded in Berkeley with a group of friends and colleagues in 1984. Our first encounters took place at Doug’s home off Lombard Street on San Francisco’s Russian Hill, where he held a series of informal and intimate salons.

When you entered the gate to the house from the busy street, often full of tourists, you found yourself in a large garden with lush green foliage — an oasis of peace and tranquility. To enter Doug’s living room, you took off your shoes and stepped on a pristine white carpet. The room, with its white walls and minimalist furniture, was dominated by several large masterpieces of the Colombian artist Fernando Botero.

In this Zen-like atmosphere, Doug led contemplative conversations on topics like deep ecology, population growth, and his radical critique of technology — themes that were rarely addressed by environmental activists of the time. My Elmwood colleagues Jerry Mander, Charlene Spretnak, Randy Hayes, and Ernest (“Chick”) Callenbach were frequent participants in these inspiring and challenging conversations. Together, we explored the systemic connections between the topics discussed, with Doug always striving for a purity of thought and values that, somehow, seemed to reflect the pristine environment of the room in which we were sitting.

I had known about deep ecology, the philosophical school founded by Arne Naess in the 1970s, before I met Doug Tompkins. But Doug challenged me to go deeper into Naess’s writings. He named his philanthropic organization Foundation for Deep Ecology, published The Selected Works of Arne Naess, and introduced me to Naess during a reception he gave for the philosopher at Lombard Street. Doug had a special relationship with Arne Naess because they shared the same outlook on life, which they had both arrived at through powerful experiences of nature during extreme mountain climbing.

In the subsequent years, Doug had a significant influence on the evolution of the Elmwood Institute. In his Foundation for Deep Ecology he pioneered the use of coarse-grained, unbleached, recycled paper; and he engaged Esprit’s star designer Tamotsu Yagi to redesign the publications, stationery, and other materials of the Elmwood Institute, giving them a distinctive “eco” look.

Doug funded several of Elmwood’s major projects, including the “Elmwood Guide to Eco-Auditing and Ecologically Conscious Management” (subsequently published by Berrett-Koehler as EcoManagement). The “Elmwood Guide” received keen attention at Esprit and several other companies, which implemented many of our suggestions.

Doug was also the inspiration behind Elmwood’s symposium “Envisioning a Sustainable World Population” at Green Gulch Farm near San Francisco in 1991. Attendees of the symposium included Ray Dassmann, Hazel Henderson, Vandana Shiva, Faye Wattleton, and Susan Weber. For two days, we engaged in animated discussions that produced considerable consensus. The resulting systemic view of the population problem was summarized in the “Green Gulch Declaration” and published in a comprehensive report (Elmwood Quarterly, Summer 1992).

Early on, Doug introduced me to his colleague and co-owner of Esprit, Peter Buckley, who himself became a major supporter of the Elmwood Institute. In 1994, Peter founded the Center for Ecoliteracy (Elmwood’s successor organization) together with Zenobia Barlow and myself.

After Doug moved to Patagonia in the 1990s to begin his large-scale conservation projects, I saw him only occasionally during his visits to San Francisco. But we stayed in touch, continuing our discussions of issues that were foremost on his mind in our correspondence. In addition, he regularly sent me copies of the beautiful, but also terrifying, publications of the Foundation for Deep Ecology: large-scale, eye-opening books on the damage inflicted on the Earth by global capitalism. The titles of these comprehensive visual and textual documentations include Clearcut: The Tragedy of Industrial Forestry; Fatal Harvest: The Tragedy of Industrial Agriculture, and Plundering Appalachia: The Tragedy of Mountaintop-Removal Coal Mining. A recent publication, Energy: Overdevelopment and the Delusion of Endless Growth, is a brilliant systemic analysis of our energy and environmental crises, which I have used as a key resource in my own work.

Doug’s thoughts and actions have been inspiring benchmarks for my work as an environmental educator and activist for three decades. His tragic death is a great personal loss for me and an even greater loss for the world. Yet, John Lennon’s words, which Doug’s life embodied, may give us hope: 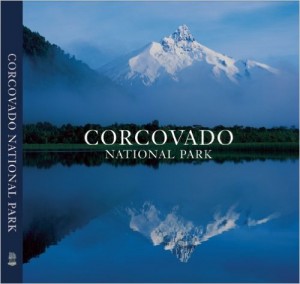 You may say I’m a dreamer,
But I’m not the only one.
I hope someday you’ll join us
And the world will be as one. 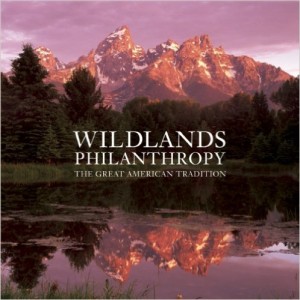